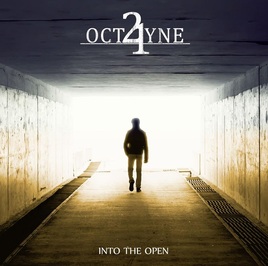 Okay, this is not a metal release, I say that right from the beginning here. This is a supergroup of sorts with a variety of sounds from hard rock to classic rock to modern rock and various ports of call in between. The music features the talents of Hagen Grohe (The Joe Perry Project) on vocals, which really is what gives the band the modern vibe with his rich vocals. Marco Wriedt of Axxis brings in the guitars and I think that is where the band gets their heavier sounds from. There is definitely a bit of an Axxis sound going on during some of the more up tempo moments of the CD here.  Andrew Lauer (Paul Gilbert) and Alex Landenburg (Rhapsody) fill out the rhythm on bass and drum respectively and complete the package.

The production is glitzy and polished and the band have all the earmarks of some really stellar tunes. I can picture a fair amount of the music here playing on anything from metal radio stations all the way to the current modern rock channels out there as the music is pretty diverse, though personally maybe a bit too modern for my tastes.

The first song on the album, She's Killing Me is one of the standouts in my opinion. Don't Turn Away and My Teddy Bear are a couple of the other tracks that I really dig, and there are a few others that are pretty noteworthy as well. I would take a pass on some of the more modern feeling tracks though.

If I was judging this CD by personal taste I would give it a 5, if I was judging it by pure musical talent and skill it would probably be a 9.5 as these guys are incredible musicians and songwriters and there is no question there is some really great chemistry here. I think I will split the difference.

If you are looking for something heavy and are purely into metal then you may want to pass this one by, but if you are open minded with your music and like to check out all sorts, give it a spin or two and try it out for yourself!