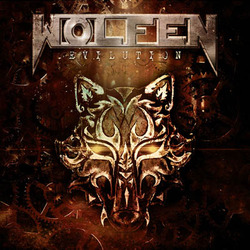 
First of all, let me say what you will find in this release. You will find some very crunchy riff-driven guitars and laced with decent vocals and some very over the top Teutonic quasi thrash meets Euro power metal not dissimilar to Grave Digger and Brainstorm in style and possibly substance. You will find a veteran band from Cologne that has some serious chops and you will find production qualities that are really up in the major leagues in their luster.

You will find some seriously fine metal pieces such as Sea Of Sorrows, Digital Messiah, Chosen One, Embodiment Of Evil and The Irish Brigade among others that show some creative songwriting that is both simple sounding yet with some technical proficiency that is really underrated. The band uses a twin-guitar attack here that has a rich layered feel to it.

My only beef here is that a few of the tracks seem to be a bit unfinished or maybe a bit safe sounding compared to the stalwarts such as the previously mentioned Digital Messiah, which I feel is the measuring stick on the album which to compare the rest of the music by and several of the tracks, though originally promising seem to have fallen a bit short. 50 Dead Men is one such track that I really wanted to like but it grew a bit boring and overstayed it's welcome. Eternity is another such track that had some brilliant moments, yet just felt short of the mark.

Despite all of that, there is definitely much more good than bad and this album is still very solid, just felt a bit too safe to compete in a rather crowded genre of albums. Still worth checking out!