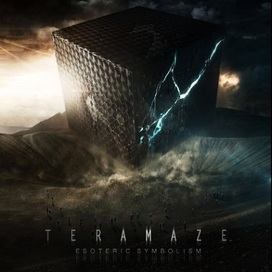 Hard to believe that Australia's Teramaze have been on the scene for about 20 years now, but it wasn't until a few years ago that they really started to break out and make a name for themselves a bit. Now with their fourth full length album they are ready to let everyone know they have arrived on the scene.

When you first pop this CD in and hit play you are immediately hit with the New Wave 80s vocals (not NWOBHM but MTV era New Wave). Yeah as in The Police and bands of that ilk. The vocals are at first a bit of a shock but once you give them a chance they are really fantastic with great harmonies and a very soothing vocal style. This is layered over some pretty intense power prog with some solid multiple guitar melodies and some pretty bombastic kitwork, all steeped in a futuristic hard sci-fi sort of a setting. This is a real thinking man's kind of metal!

Teramaze has been labeled anything from thrash to prog to modern rock and a few other things in between, but that is just because they blend a bunch of different styles together into their own rather unique sound as they very politely give a big middle finger up to the genre labelers of the world.

What really impresses me about this CD is the layering of the music with some great rhythms interlayed over some of the most blistering solos I have heard in some time, the music is engaging even when the vocals are taking a break, something that doesn't always grab my attention. There is just so much going on here and even after multiple listens I keep hearing something new!

A few of the tracks that really stood out for me would include Line Of Symmetry, Punishment By Design, Parallels - Dual Reality and Transhumanist, but there are literally some moments in virtually every track that kind of stand out. Not every single song is a barnstormer and though I am still picking up little bits here and there that make me appreciate more ot the tunes more fully, there is still a couple of tracks that could be weeded out (at nearly 78 minutes this CD is just way too long).

A very solid and thought-provoking metal that is overall very good with lots to explore but may overstay it's welcome a bit with the overall length of it, making it a pretty intimidating listen initially.