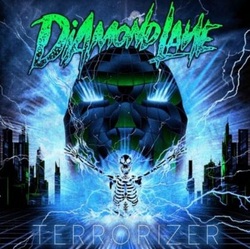 This is maybe a bit closer to hard rock than it is to metal, but it definitely has some traditional metal elements into it as well. Basically this is the type of stuff I would term as metalrock. Either way it is damn good!  My first question on a release like this is why are they not on a big label? The production is slick and the music is very radio friendly with tracks such as The Enemy and Cheating Death for instance being total barn burners.

Of course this music isn't as popular in the States as it used to be, there is so many other top notch labels out there such as Pure Steel or AFM that should be snatching this up in a LA Minute! This sounds like something you could see coming out of Sweden these days as it is melodic and has a nice bit to it at the same time!  With two prior full length CDs and two EPs under their belt they are hardly a brand new band and with some attention by the FOX Network behind them I am just amazed!

Toss in tracks like Life To Lose, Kiss The Ring and Drift and you have half a CD that would make excellent singles on mainstream radio or metal channels equally!  This is just plain a fun all out rocking release that drives right along. Toss it in your car stereo when you hit the road and you will find yourself flying down the highway in no time!!

Call them hard rock, heavy metal or whatever you want, Diamond Lane are the real deal!!