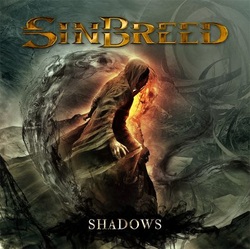 
This is the second album from this German powerhouse metal project that features two members of the mighty Blind Guardian among their members! The band is very much a European power metal band that also has a bit of a Swedish melodic vibe as well. The guitars pack a lot of wallop and are the lynchpin of the music here. Lots of solid riffing holding down a core of solid songcrafting by some distinguished veterans of the metal scene.

Bleed is a very solid opening track that does get the listener invested in the CD right from the beginning and then the followup tracks like Call To Arms and Shadows keep them involved. The melodies of the songs mesh beautifully with the force of the power in the metal giving it a very full sound such as that showcased on the track Black Death, which is one of the highlights on the whole album.

Herbie Langhans' vocals on such tracks as Broken Dreams, Standing Tall and London Moon are really very underrated. He has such smooth majesty with his singing style, yet he can unleash a very Biff Byford-like sound when he needs to as well. The transition between the different vocal tones is very strong.

This may not be the most revolutionary arrival in the European Power Metal scene, but it is not too bad and the cheese factor that can accompany a lot of the releases of this type of music is really low, so you could do worse than picking this up, give it a play and I am pretty sure you will enjoy it!